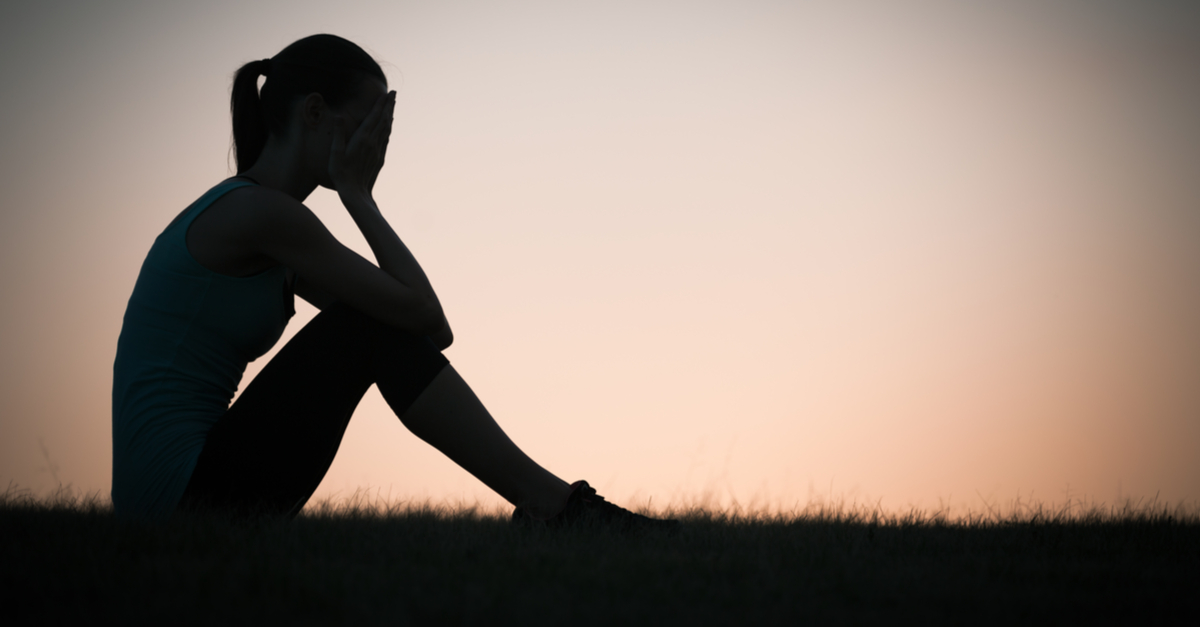 Guilt. Everybody’s got some. Question is – how do we deal with guilt? In a word, Jesus. Talk to Jesus about your guiltand ask for forgiveness. Yet, many people carry their guilt around like a box of rocks. Their ongoing pity party puts the burden friends and loved ones. They talk their problems to death and don’t listen to advice from other people. Others become despondent to the point of attempting suicide.

Taking it down to the nitty-gritty, when we harm others by word or deed, we suffer a guilty conscience. It’s common to use alcohol or drugs to salve the nagging conscience,

Religious teachings advocate the core of guilt is displeasing God. To rectify wrongs, it is suggested that we treat guilt like a balance sheet, i.e. two acts of good works, wash one act of disobedience. Close, but no bananas.

This would be like taking chicken soup to a sick friend and forgetting to treat your own cold. What’s missing is the ‘you’. You are the one who feels guilty because…

So that it’s up to you to step-up and be accountable to God. Scripture reads:

21But now the righteousness of God has been manifested apart from the law…22 the righteousness of God through faith in Jesus Christ for all who believe. For there is no distinction: 23 for all have sinned and fall short of the glory of God 24and are justified by his grace as a gift, through the redemption that is in Christ Jesus.” – Romans 3: 21-24

This passage clarifies that God didn’t expect humans to deal with guilt single-handedly. That when we displease God, our guilt is absolved through grace, which God gifted us. This is opposite from religious teachings that good works can release us from guilt.

Our All-Knowing God realized humans would suffer from unresolved guilt and gave us an easy or difficult out, depending upon our point of view. First, we must admit to ourselves and God that we can’t resolve our guilt feelings. Then, we must keep faith in Jesus and defer our guilt feelings to him; he will dissolve it through God’s gift of grace.

But many humans let ego get between them and God, believing their way is the only way. As a result, they keep toting their box of rocks from one unsuccessful attempt to another.

Deep thinking on the process of Jesus removing our guilt, may result in an epiphany. God loved his humans (us) so unconditionally that he sacrificed his dearest treasure, his son, Jesus. Ask yourself – Can I afford not to put my faith inJesus?

Jesus made the most unselfish act ever:

Therefore, since we have been justified by faith, we have peace with God through our Lord Jesus Christ. – Romans 5:1

All we must do is keep faith in Jesus, admit our wrong actions to him and believe that he will resolve our guilt. And, remember that “peace, which passeth all understanding” (Philippians 4:7)? You will get some!

Being your Authentic Self

Therefore, if anyone is in Christ, he is a new creation; the old has gone, the new has come. – 2 Corinthians 5:17

When we identify ourselves by our wrongdoings, rather than identifying with Jesus, we aren’t being our authentic selves. Because, as human beings, we tend to focus on our lack and limitation instead of our spiritual growth in Christ.

Once Jesus resolves our guilt, it’s time to proceed with our lives. That we’re guilt-free for the moment, doesn’t give us a lifetime pass to displease God without the side-effects of guilt.

Be mindful that Jesus accepted the consequences of our misdeeds. He loves us that much. Guilt can be overwhelming, but Jesus bestows mercy on those with a sincere intention and pure heart.

Gita Santangelo 30 years ago, as a young mother, I remember “seeking” God’s help. With three young chilren I knew they would be tested and challenged in life. I prayed a simple prayer which I learned the disciples had prayed in Luke 11:1 Lord, teach me to pray. Shortly after that, God answered my prayer